S scale is virtually extinct scale in Australia. (That is apart from Sn3½ narrow gauge models which use HO track to represent 3’6″ railways).
The scale is 1:64 and the gauge 22.22mm (an entirely non-metric scale). S stands for Seven, Sixteenths and Sixty-four. Numbers which are commonly used in this scale when not trying to use metric equivalents. S scale has a larger following in the USA where it was made by American Flyer and in the UK there is also some support for this scale.

Share in our monthly social BBQ with the AMRA Community. Enjoy our club layouts, have a few laughs and ask the experts in your model hobby questions. New and non-members...
Add to calendar Read More 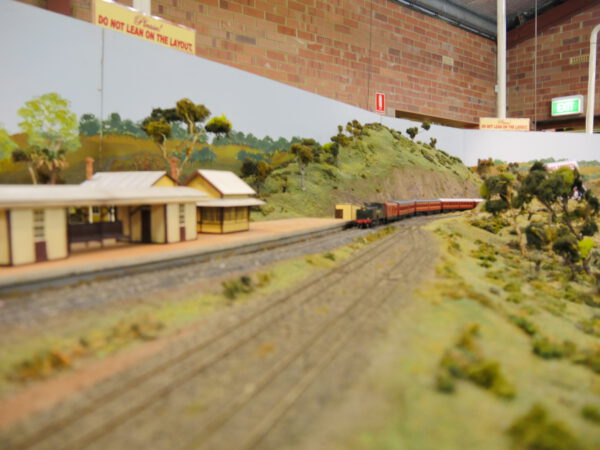 This layout is an S [1:64] scale model of Swan View station on the former Western Australian Government Railways on the outskirts of Perth using 16.5mm gauge track to depict...
Read More