Skip to content
The Western Australian Branch was formed on 1 May 1972.  Graham Watson was the inaugural President.

The Branch’s first meetings were held in the Ross Memorial Church Hall on the corner of Hay and Colin Streets in West Perth.

In December 1973 the Branch obtained a lease, from Westrail, for the former Perth Station Master’s house on the corner of Beaufort and Roe Streets Perth.

In October 1975 our Branch held its first Model Railway Exhibition in the C.S. Harper Hall in Hay Street Perth.  The Exhibition was funded by short–term loans from Committee members which were repaid after the Exhibition.

In 1977 our Branch was informed that, due to the imminent need to demolish No. 1 Beaufort Street, our lease would be terminated.  In its place we were offered the lease of Meltham Railway Station buildings, the buildings were on the island platform which formed the station.  We moved in towards the end of July, with the first meeting held on 1 August.

The City of Bayswater had a parcel of Commonwealth land which was vested in the City for passive recreational purposes and our Branch was fortunate that a member was able to negotiate the lease of a portion of this reserve.

A Branch member design team prepared plans for our new Clubrooms, these were approved by the City and a Building Permit obtained.  The first ‘sod’ was official turned on 10 December 1988, construction started and we moved in on 30 September 1989, the day we relinquished the lease on Meltham Station.

During 1966 plans were drawn up and various approvals obtained to almost double the size of our Clubrooms, giving us much needed extra space.

By the end of 2010 a third, smaller, extension was completed to giving us a much needed storage area and loading ramp. 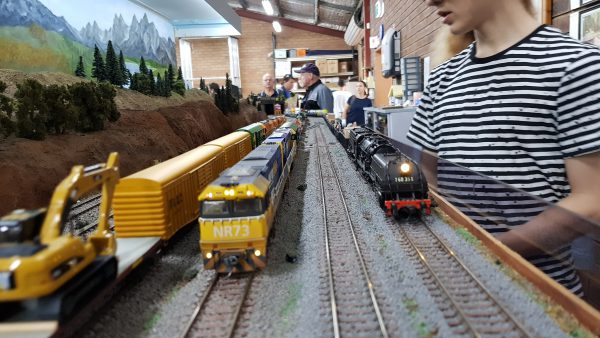